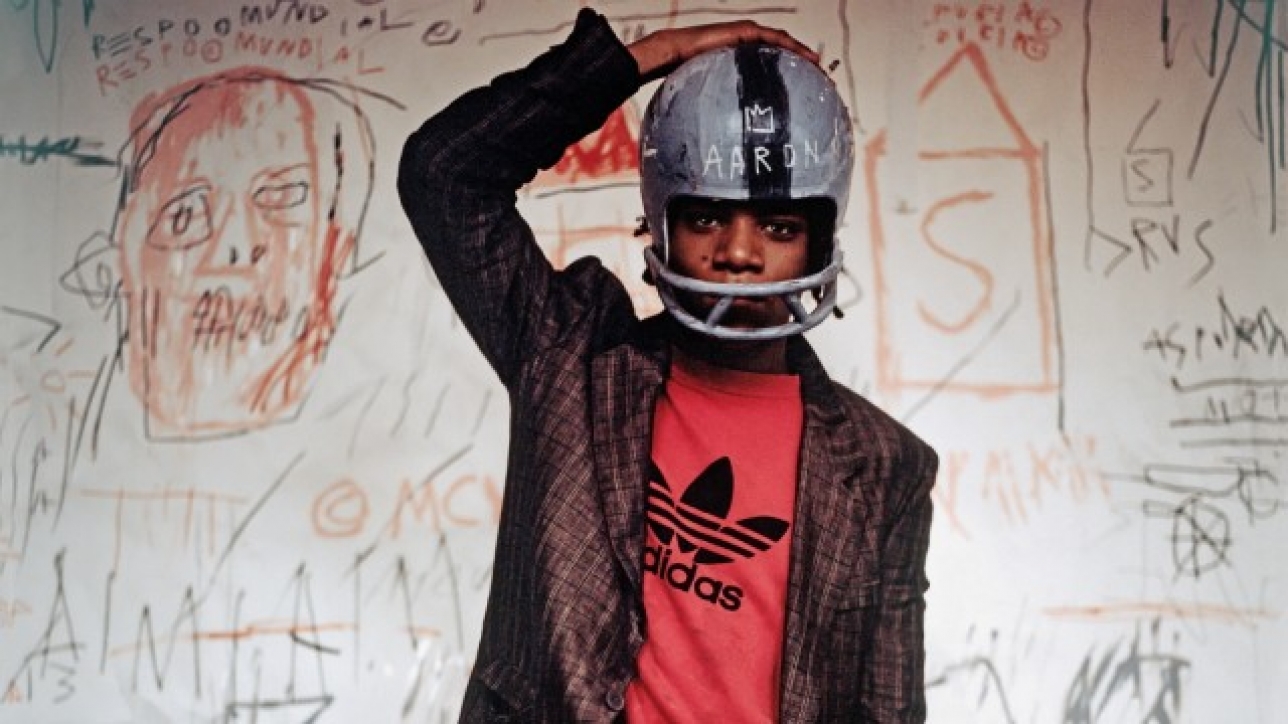 The perfect plan for a bank holiday in May: A visit at Schirn Kunsthalle Frankfurt with the exhibition „BASQUIAT. BOOM FOR REAL“ by Jean-Michel Basquiat

Enjoying Frankfurt for one day. We love the vibrant city full of contrasts with its breathtaking, modern bank districts on the one and its creative areas like Sachsenhausen or the up and coming Bahnhofsviertel on the other hand. Especially now it’s worth to visit the metropolis on the Main: until May 27th the raw, vibrant imagery of Jean-Michel Basquiat can be admired in the exhibition „BASQUIAT. BOOM FOR REAL“ in the famous Schirn Kunsthalle Frankfurt. What are you waiting for? There’s no month with more bank holiday than May, perfect for a short trip to Frankfurt. 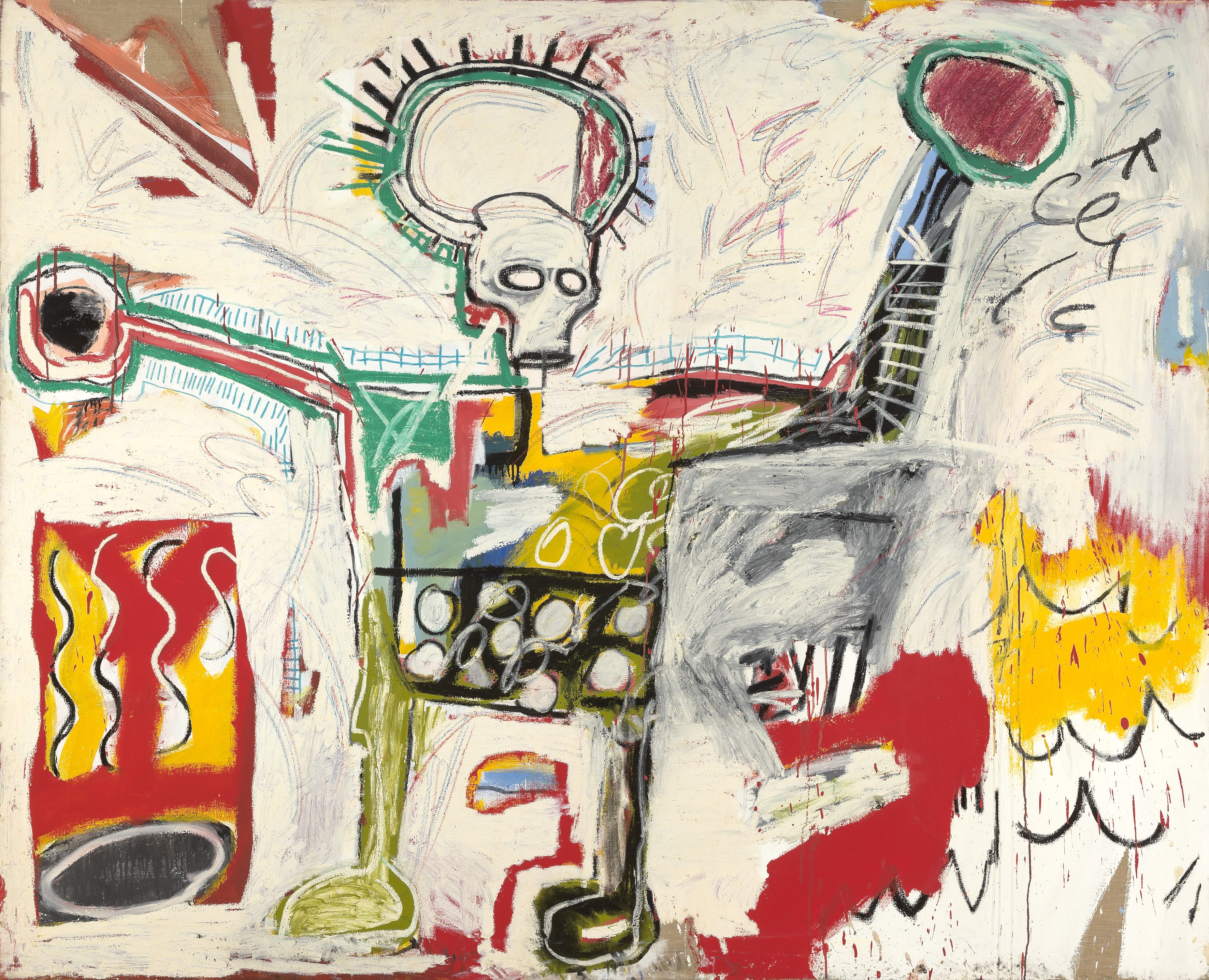 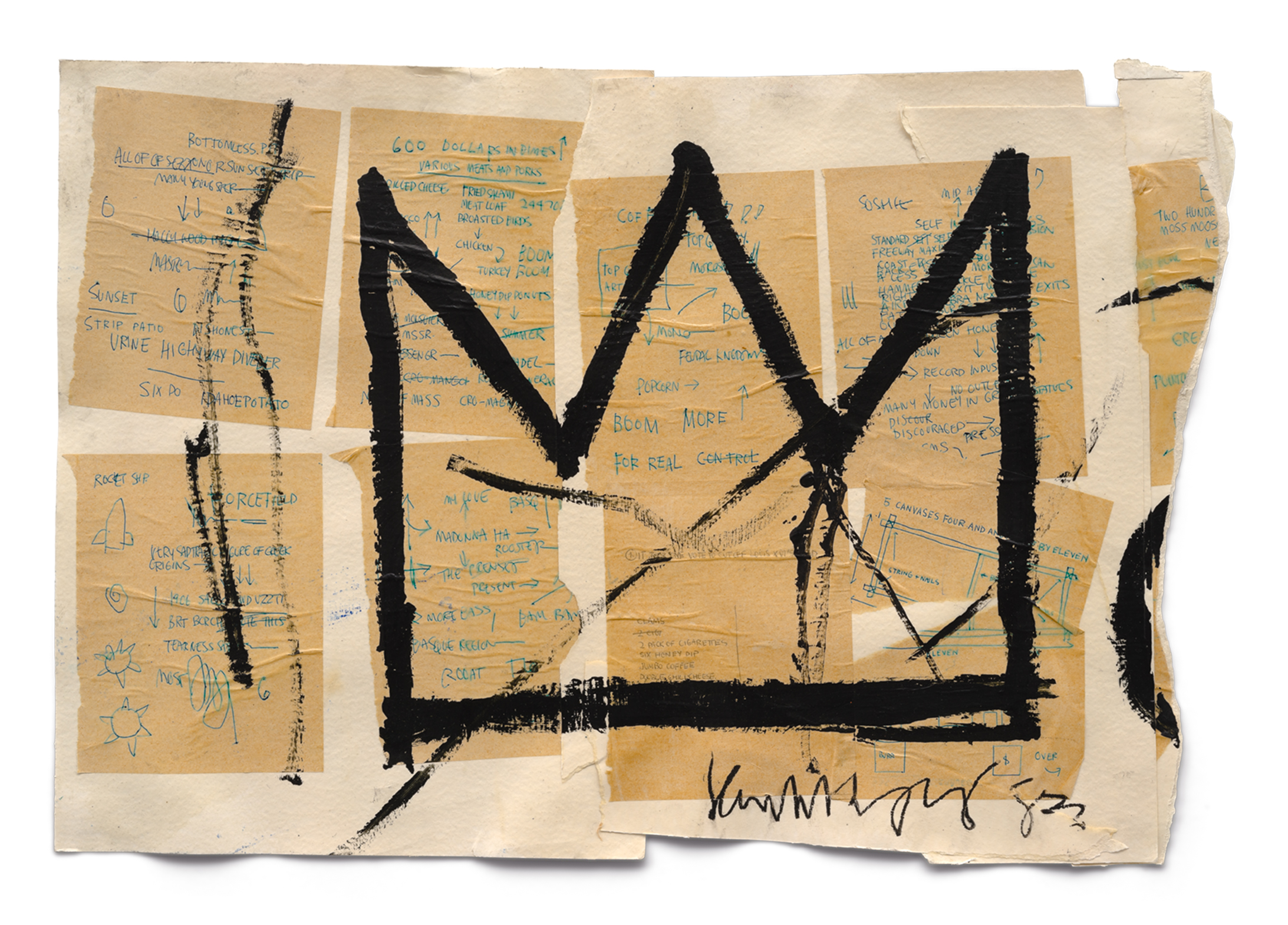 The New York of the 80s – colorful, shrill, wild, one step before the financial collapse.

President Gerald Foster had refused to avert the bankruptcy of the city with federal funds. The violent crime had increased rapidly and the burning houses of the Bronx illuminated the city at night. But even if the conditions were difficult, the art scene was booming and throbbing. Run-down buildings offered space and nishes for galleries, forums for discussion for art intellectuals and clubs for excessive, intoxicating parties.

This New York was the New York of Jean-Michel Basquiat – one of the most important artists of the 20th century. Born in 1960 in Brooklyn, he grew up as the son of a Haitian father and a Puerto Rican mother amid the post-punk scene in Lower Manhattan.
Discovered by graffitis with his well-known tag SAMO© (acronym for „the same old shit“), which attracted the attention of the New York art scene, he was the first African American artist to make a breakthrough in the art world, which was at this time mainly occupied by white people. After graffiti Basquiat worked between different media and genres. Countless paintings, drawings, poems, performances, music, copy and object art were created, often in collaboration with other artists.This work variety of Basquiat is now shown in the first retrospective in Germany since 1986 in the Schirn Kunsthalle Frankfurt. 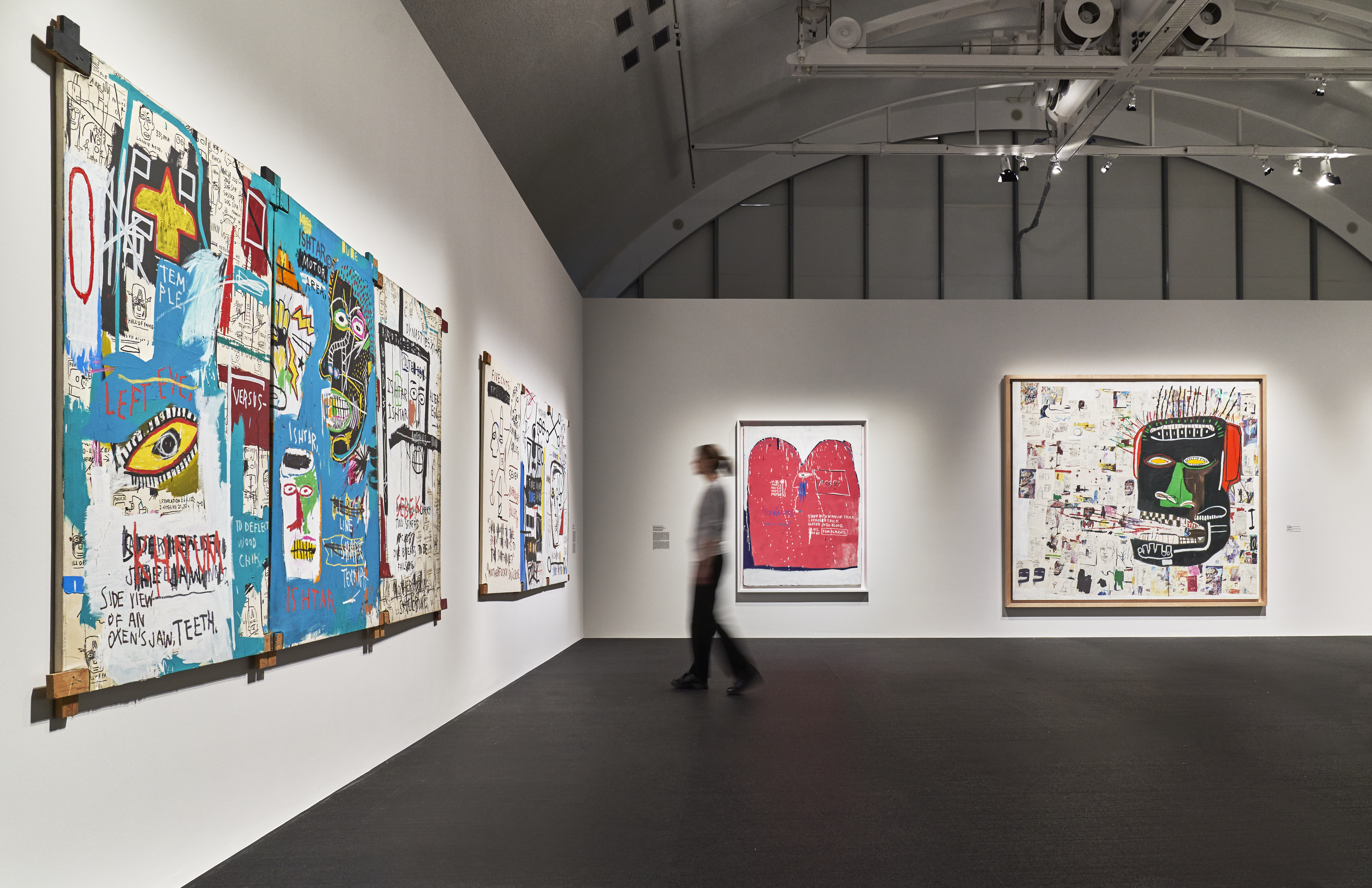 Within walking distance to the Schirn Kunsthalle Frankfurt you can find the Maxie Eisen Bar. Here, hunger is satisfied with Jewish specialties. Above all tasty dishes, we recommend the Pastrami On Rye for which Maxie Eisen is known. A delicious sandwich with thinly cut, spiced meat, coleslaw and the typical sour cucumbers. Named after a Jewish mafiosi at the time of Prohibition in Chicago, this is the first pastrami bar in Germany. Very tasty, but not really kosher! In the bar itself you can enjoy rare cocktails from the 20s and 30s. 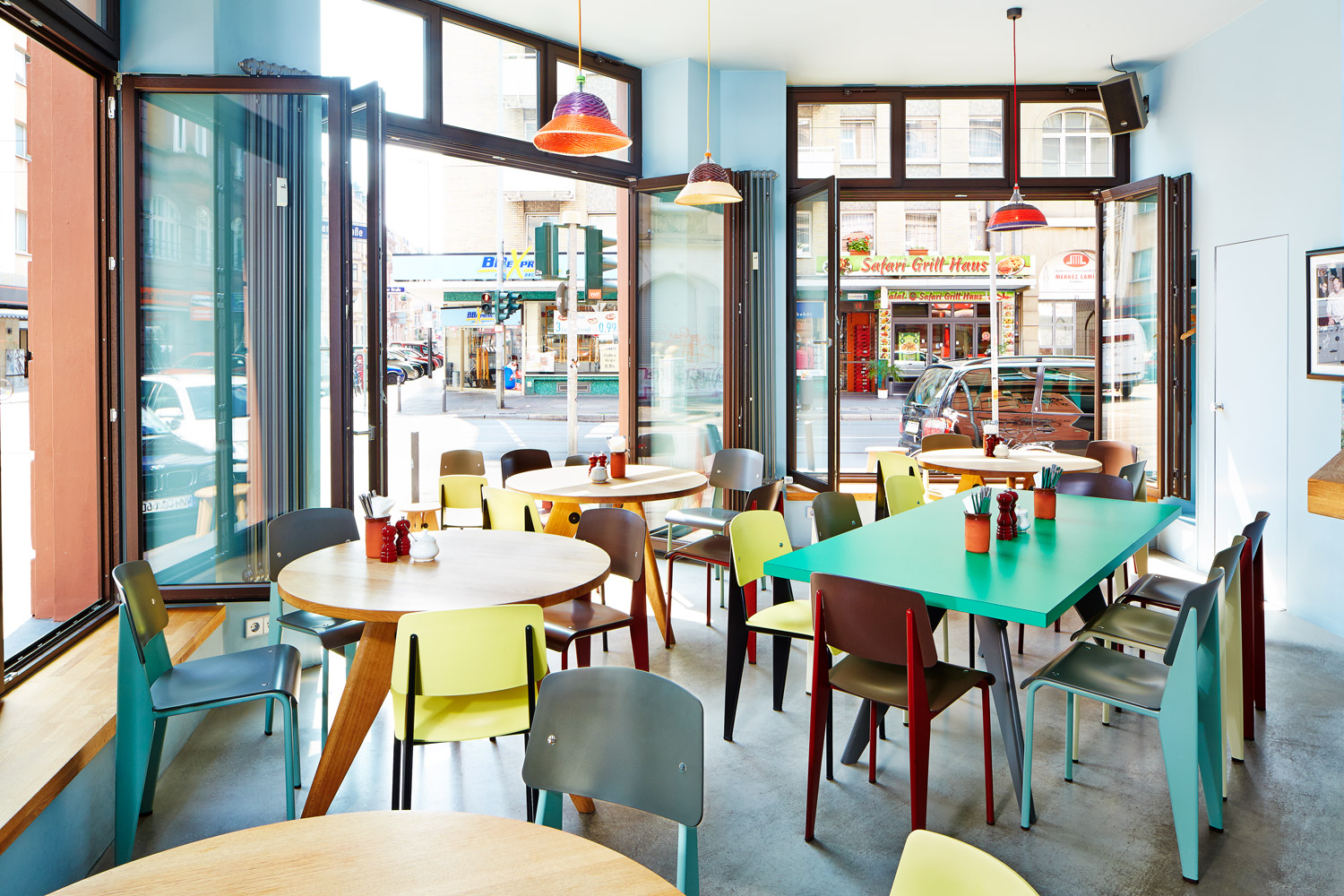 If you are not yet in a cocktail mood, cross the Main at the bridge “Eiserner Steg” (very nice view on the skyline!) and relax at the river bank. The perfect place to stay is the Maincafé: overlooking the financial district of Frankfurt and its skyline, you can round off the city trip with an “Äppelwoi”-sundowner.

For those who want to stay the night, here are two tips for you:

Fleming’s Hotel Frankfurt
Located in the center of the city with a beautiful rooftop terrace and one of the last paternoster lifts in Germany.

Roomers Hotel Frankfurt
Modern and stylish: The Roomers Hotel, for those who like it more extravagant. Also located in the center of the city, next to boutiques and exquisite restaurants.